Today's lunch break saw a desk in our office turned into a Blue Peter style photo studio to take some hi-res shots of Matt's Gertboard. (Blue Peter style = 2x sheets of A4 paper and a milk bottle!).
If anyone wants / needs them, I still have the massive TIFF files. 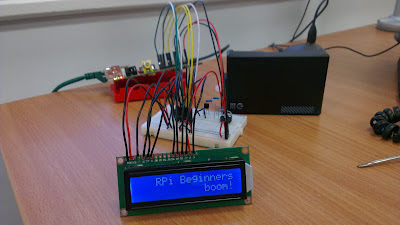